Many years ago, there lived a poor man named Geppetto. He made puppets from pieces of wood. He called his favorite puppet Pinocchio. “I would love to be a father to a real boy, “ he wished.
That night, a fairy who knew Geppetto was a good man, cost a magic spell over Pinocchio, Pinocchio.
The very next day, Gappetto awake and was very happy to find that Pinocchio could walk, sit and talk. Poor Gappeto wanted to send Pinocchio to school. He sold his only coat for a spelling book.
“Now you can go to school like a real boy. “Said Gappetto as we waved goodbye to Pinocchio.
On the way to school, Pinocchio stopped to wacth a puppet show in a town. “How would you like to join my puppet show? Asked the evil puppet master. Pinocchio happily agreed. He was locked inside the evil puppet master’s caravan. He wished he was safe with Gappetto. The good fairy suddenly appeared. She had heard Pinocchio’s wish and set him free. Pinocchio is happy to be free. “I’m going straight to school,” he said.
On the way, he met an evil fox who told him all about a wonderful place called fun island. Pinocchio forgot all about school and gave the fox his spelling book in return for a ticket to Fun island.
“Where are you going, Pinocchio? Asked good fairy. I’m on the way to school, “ lied Pinocchio. Pinocchio‘s nose grew very, very long. He wished he hadn’t told a lie. The fairy called a bird to peck of his long nose because Pinocchio was very sorry. Pinocchio promised never to be naughty ever again and went straight to school.
At school, Pinocchio told his friend all about fun island. His friend wanted to go with him. Pinocchio and his hurriedly climbed aboard a ship that was going to Fun Island.
On the island they didn’t know that little boys were turned into donkeys and used for very hard work. Pinocchio cried and wished he hadn’t come the island. He also wished didn’t look like a silly donkey. The fairy had heard his wish and with a wave of her magic wand his donkey ears and tail disappeared. Pinocchio sad on the shore, sadly looking out to the sea. He wondered if he would ever see Geppetto again.
Suddenly he saw Geppetto who had sailed out to the sea in search of Pinocchio. Geppetto didn’t see the huge whale behind him. The whale swallowed Geppetto and his boat. Pinocchio knew he had to save Geppetto. He jumped into the water and swam with all his might. As he got closer, the whale open his mouth and Pinocchio swam right in. Deep inside the whale’s belly, Pinocchio and Geppetto hugged each other, happy to be together again.
“We must find a way out, “Said Geppetto, “We will make a fire from the wood of my boat.” The smoke made the whale sneeze. They shot out of the whale’s mouth and back into the sea.
Pinocchio and Geppetto swam safely to shore. They were both tired. They laid on the sand and fell asleep.
When Geppetto awoke, Pinocchio had become a real boy. “At last my wish has come true!” cried Geppetto.TRuy

What you can read next 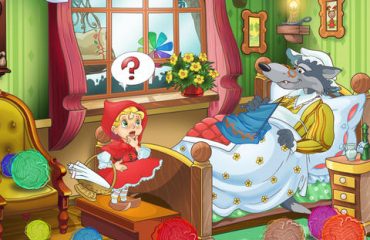